Brother Wolf Animal Rescue is caring for a newborn kitten named Milkshake who has an unusual and downright bizarre birth story.

Milkshake’s mom, Sage, was sick with a severe upper respiratory infection when she arrived at Brother Wolf in early March with 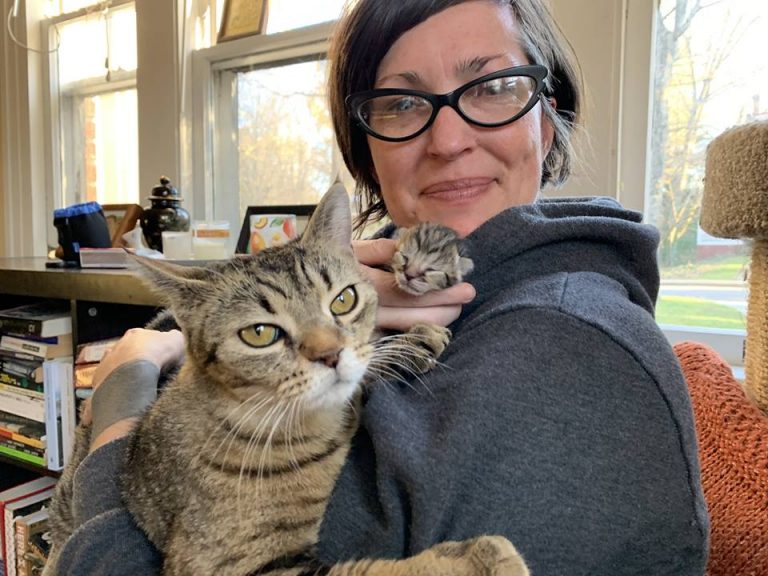 three prematurely born kittens who she was unable to care for. Sage was placed in Brother Wolf’s medical room and began receiving the treatment she needed to heal. Her kittens, despite around-the-clock care from an experienced foster mom, were unfortunately too sickly and underdeveloped to survive.

Then, more than a week after the premature kittens were born, something miraculous happened! “Our cat care team came in on Saturday morning and noticed right away that Sage appeared to be in early labor, despite the fact that we knew she had just given birth eight days earlier. We immediately sent her to a local vet, where an x-ray confirmed that she did indeed have another kitten inside of her! We couldn’t have been more surprised!”

The x-ray also made it clear that the remaining kitten was larger than average, likely due to the extra resources he had all to himself during his extra week in the womb. Brother Wolf’s staff veterinarian, Dr. Megan McAndrew, wondered whether Sage would be able to naturally birth such a large kitten. “When I saw the x-ray,” she says, “I knew we had to watch her very carefully and that we couldn’t rule out the possibility that she’d require a c-section. Luckily, even though he was huge, he was positioned well.” 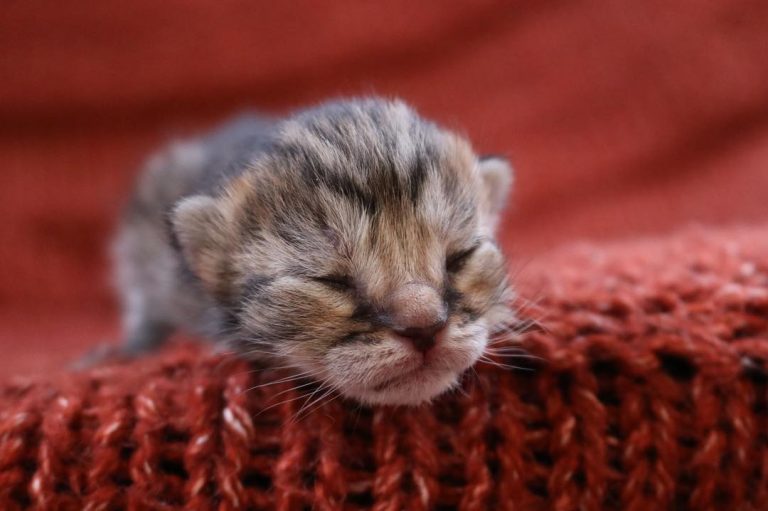 Brother Wolf sent Sage to an experienced foster home, where she went into labor the following night. “She was laying on my bed when she began to have contractions,” says foster mom Andee Bingham. “It was nearly midnight, but I put my shoes on so I’d be ready to rush her to the emergency vet if necessary. Amazingly, the labor went much more smoothly than we anticipated and she birthed Milkshake about an hour later.”

“Sage is such a great mom to Milkshake, and they’re both doing great,” says Bingham. In addition to being large at birth, Milkshake has also hit weight and developmental milestones more quickly than average. Bingham, who has years of experience fostering bottle baby kittens, says “I could tell right away that Milkshake was developmentally several days ahead of when he was actually born. For the first week of his life, he was gaining about 20 grams a day. For scale, an average newborn kitten gains closer to 5-10 grams in a day.”

Milkshake recently turned 3 weeks old and is beginning to become more alert, mobile, and playful. “He and his mom love each other so much and are so sweet together,” says Bingham. “I’m grateful that Brother Wolf was able to save them and that they’ll now get to live long and happy lives.”

Brother Wolf is asking for donations to help support the hundreds of kittens they will care for this year. Their kitten supply wishlist can be found at https://amzn.to/2G3NdYh. Brother Wolf will start to accept adoption applications for Sage and Milkshake in May at www.bwar.org/adopt. Visit www.bwar.org to learn more about the work Brother Wolf is doing to build and sustain No-Kill communities.